The Song Hong or Red River gets its name from its reddish-brown heavily silt-laden water. It is born in North Vietnam, runs through Hanoi and Xuan Thuy Park (a Ramsar Site designated for its rich mangrove habitat), into Halong Bay and the South China Sea. It is the second largest river in Vietnam (1200 km) after the Mekong, and served as a major travel route to China up until the late 19th century. The Song Hong supports the life of over 50 Vietnamese districts, and its delta has a population of over 23 million people who commonly refer to it as “our mother’s milk.”

While the Song Hong supports millions of people, it is also powerful and dangerous. Intense seasonal floods are made worse by erosion and development, and pollution plagues its waters. Vietnam has been ranked as the fourth largest emitter of plastic waste globally with much of it coming from its many rivers flowing into the ocean. However, there is strong political will to address the problem. In 2019, the Vietnamese Administration for Seas and Islands implemented the National Action Plan on Marine Plastic Debris Management, for which key priorities include raising awareness and controlling waste in river basins. The Prime Minister has also pledged to eliminate single-use plastics by 2025.

Ocean Conservancy, based in the United States, and the Centre for Marinelife Conservation and Community Development (MCD), based in Vietnam, will install a system that consists of two booms (riverside and bankside) with mesh that will guide the waste to a trap. A bamboo work platform on top of the trap will provide access to allow trash removal and maintenance, and is connected to the riverbank with a gangway. An earlier prototype for this device was designed for MCD as part of a 2019 USAID-funded project to develop low-cost, innovative solutions to improve waste management, with input from local experts and leaning on a decade of experience working on marine debris and waste management.

The captured waste is quantified and sorted into disposal categories. High value plastics, such as beverage bottles, are sold to recyclers. Low value plastics and other waste are transported to the local waste processing plant, where waste is either incinerated, composted or landfilled. The team is studying the waste and waste management process to identify other potential waste processing options, to develop recommendations for improvements to the existing waste processing facility, and to understand the sources of waste to inform better management.

The project aims to engage individuals, policymakers, international corporations, and businesses to have a lasting impact. The team will work to increase awareness of the problem, to effect change, and energize local implementation of marine debris directives. Activities include placing informative, culturally-relevant and branded signage, organizing communication and awareness events, and conducting Ocean Conservancy’s flagship International Coastal Cleanup annually in Nam Dinh.

Ocean Conservancy is a non-profit environmental advocacy group based in the United States. The organization helps to formulate ocean policy at the federal and state government levels based on peer-reviewed science. They run the Trash Free Seas® program, which aims to get rid of plastics at their source and partner with local organizations to implement solutions to the ocean plastics crisis. The Centre for Marine life Conservation & Community Development (MCD), is a leading Vietnamese NGO focused on coastal and marine ecosystem conservation across Vietnam. MCD provides an understanding of Vietnamese ocean plastics policies, liaises with local governments, manages construction and deployment of the devices, and conducts on-the-ground communication, outreach and science efforts. The Rochman Lab at The University of Toronto Department of Ecology and Evolutionary Biology leads the research on marine debris and plastic pollution. 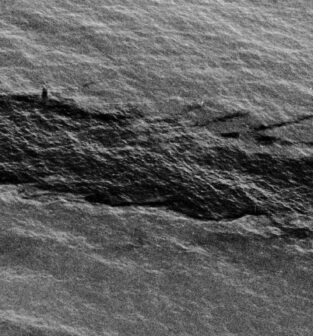 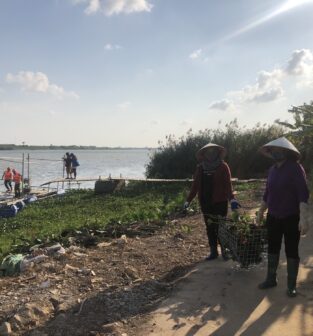 Cleaning the arteries of Vietnam