Flowing 190 km through the mountains and deserts of northwest Mexico, the Tijuana River reaches the Pacific Ocean where it forms the Tijuana River Estuary. The estuary, a US national estuarine research reserve, is made up of many diverse and sensitive habitats, including beaches, sand dunes, mudflats, salt marshes, and vernal pools. Spanning 930 ha, it is home to 29 fish species, 29 reptiles, and amphibian species, 370 bird species, 10 endangered species. The Tijuana River Estuary helps filter and clean water before it enters the Pacific, provides value for local fisheries, and is a key stop for migratory birds from South America on the pacific flyway.

These sensitive coastal ecosystems and public health in border region communities are under threat. Local people call the Tijuana River “La Agua Negra”–or, “The Black Water”–due to the high levels of pollution and contamination. Single-use plastics and other waste are dumped illegally in canyons and ravines along the Tijuana River and transported into coastal areas and eventually the Pacific Ocean, contributing significantly to cross-border and marine pollution. A rapidly changing climate that includes increased monsoonal rains in summer months brings an unprecedented influx of discarded plastics that are carried with stormwater flows across the border impacting US county, state, and federally protected areas.

WILDCOAST will install its plastic capture system at Los Laureles Canyon, which is home to 65,000 people who depend on the Tijuana River for clean water. The plastic-intercepting system, called a “Brute Boom”, consists of a double-walled float attached to a 6 x 3.2 m galvanized steel debris screen. The barrier is attached to concrete structures on the banks of the river through galvanized chains and galvanized steel shackles.

WILDCOAST will segregate PET, HDPE, LDPE, PP, and PS plastics, shred them into small leaflets, wash, and sell them to companies to be used as base materials to create recycled by-products. WILDCOAST will also work with 4Walls International to remove PET bottles and use them as building materials for community-based projects, such as a community park and green infrastructure.

WILDCOAST is a non-profit organization with offices in Imperial Beach, California, and Ensenada, La Paz, and Huatulco, Mexico. WILDCOAST was established to protect coastal and marine ecosystems and address climate change through natural solutions. WILDCOAST carries out its mission through the establishment and management of protected areas; conservation policy; and the engagement of communities as stewards of local resources and wildlife. 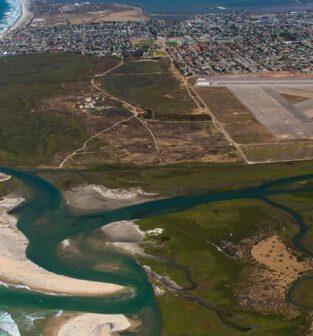 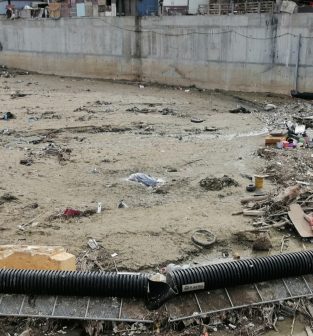