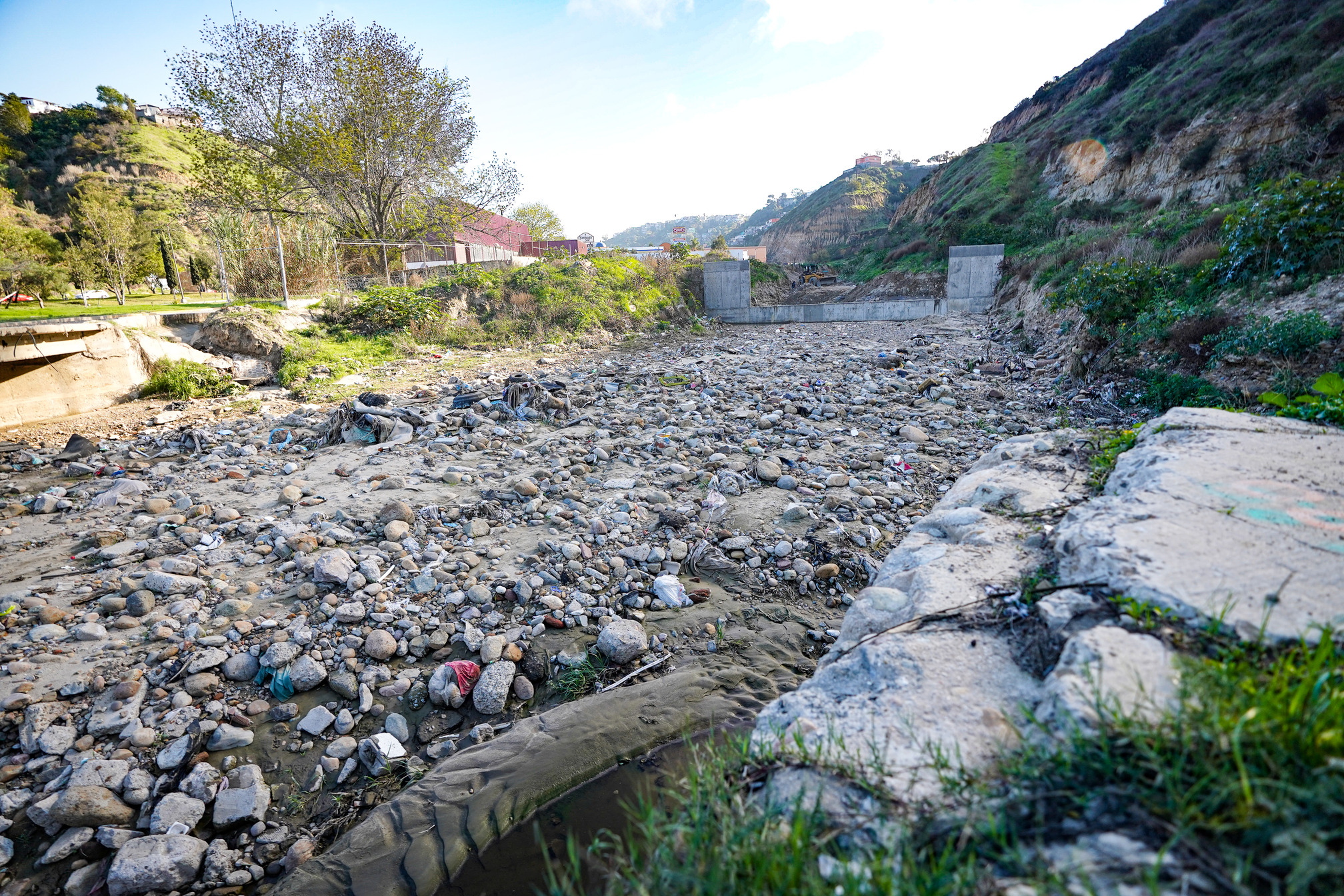 The Tijuana River clogged with trash 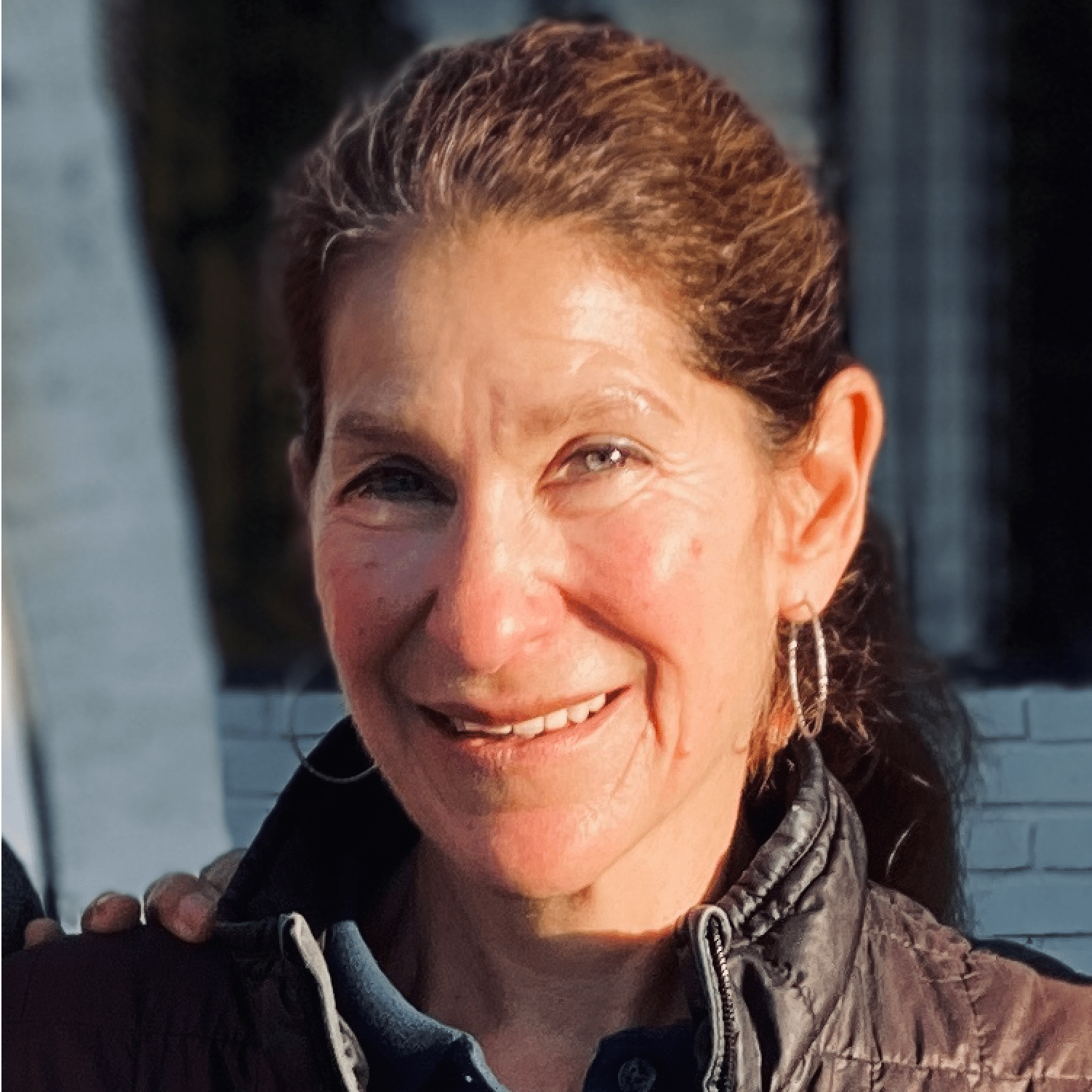 Nestled in a canyon less than half a mile from the U.S.-Mexico border is the informal community of Los Laureles. Though a mere 10-minute drive from downtown Tijuana, this community of over 65,000 people has a dirty stream at its center. Riddled with old to non-existent infrastructure and unreliable garbage collection, the residents of Los Laureles are drowning in a tsunami of plastics and waste tires. This waste then enters the Tijuana River and flows across the U.S.-Mexico border before entering the Pacific Ocean in South San Diego.

WILDCOAST is a non-profit that conserves coastal and marine ecosystems and addresses climate change through natural solutions. We installed a trash boom in Los Laureles Canyon in January of 2021 in an effort to stop the deluge of solid waste flowing into the Pacific Ocean. Since its installation, the trash boom has stopped over 120,000 pounds of solid waste from reaching the Tijuana River and the Pacific Ocean.

We Wanted to do More

After installing the trash boom it would have been easy to become one of the many NGOs that have worked in Los Laureles Canyon to try to solve local issues. Instead, WILDCOAST puts impact at the forefront of its agenda.

As a conservation organization, we prioritize ecological effects on the 2,336 acres protected downstream in the Tijuana National Estuarine Research Reserve and the Pacific Ocean. We also focus on people by incorporating the community’s needs into the solution.

This was accomplished in three ways. First, WILDCOAST organized a network of residents to collect plastic waste around the canyon creek, before the plastic enters the creek. For every kilogram of plastic collected they are able to earn money, which provides them with an additional income stream. Second, WILDCOAST built two parks and a small soccer field for the local community to enjoy. Third, WILDCOAST hired local artists to paint two murals to beautify the neighborhood.

WILDCOAST makes an effort to give back to every community we work in. These efforts have made a substantial difference in our relationships with local residents. By working with the community of Los Laureles we have gained their trust and loyalty. This effort has attracted other communities in Tijuana that now want to work with us.

To showcase the possibilities of repurposing waste to enhance the community, WILDCOAST reused tires collected in the trash boom to build a park with a playground and a mini soccer field for the residents of Los Laureles.

After the inauguration of the park, the community proactively formed a committee called “Las Guardianas del Parque” (The Guardians of the Park) to care for the park. The media covered the event extensively and kids started enjoying the new playground equipment immediately.

Señora Rosario, a local community leader, was filled with emotion during the inauguration when she explained, “We never asked WILDCOAST for anything and they have given us so much.”

A second park was built in the south part of the canyon with increased involvement from the community.

WILDCOAST has also painted murals in the community that depict images of a beautiful ocean filled with local flora and fauna. These aesthetic murals remind local residents that the ocean is their backyard and that their actions impact these critical marine ecosystems. In both instances school children helped design and paint the murals.

The hope is that the murals will inspire community members to feel proud of their neighborhood and instill in them a desire to conserve their environment.

WILDCOAST is very grateful to be able to give back to the community and have a social and environmental impact that will last for years to come.