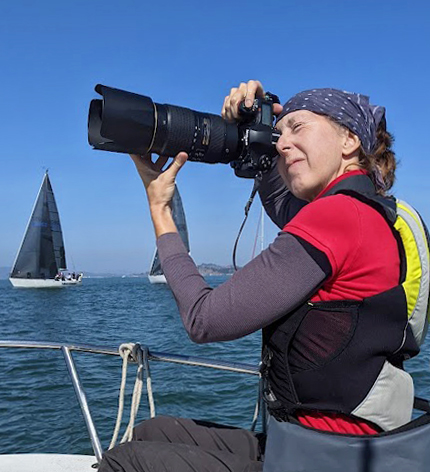 Three Interceptor™ Barriers are now deployed and operational at the mouths of Rae Town, Kingston Pen and Barnes gullies—in advance of the rainy season. In the first four months of operation, 5800 kg of waste has been collected. Of this, 2100 kg was plastic; the majority being half-liter PET water bottles. With each bottle having a median weight of roughly 20 grams, envision the volume prevented from reaching the ocean. This measure provides a baseline for operations launched at the tail-end of a dry season.

The River Team’s plan is to deploy gully cleanup operations in the Kingston, Jamaica, region; our first phase was green-lighted at the end of 2021. Work will roll out in campaigns, with installations at the first three sites deemed pilot, or test. On February 8, daily operation was turned over to local partner Clean Harbours Jamaica. In the coming months, focus goes to learning more about conditions and refining our technologies and processes. A key objective is to cultivate best practices to follow when we return for the next round of additional gully interventions.

Built in 1942, Jamaica’s concrete drainage system initially included seven branches that discharged into either Kingston Harbour or Hunt’s Bay. By 1962, the number had grown dramatically. Today, the network extends far inland to the hills of St. Andrews. The purpose of each pathway is to drain July to October seasonal downpours. Regrettably, gullies have become dumping grounds for neighborhoods that lack proper and routine garbage collection. Residents say the gullies get blocked with debris. Blockages cause localized flooding, plus damage to roads and homes. According to 2019 data, 80 percent of the solid waste emitted from gullies is plastic.1 On an annual basis, The Ocean Cleanup estimates that 947,000 kg of plastic travels down the gullies, eventually discharging into adjacent open bodies of water.2

Debris flows through the channels year-round. However, during the dry season, refuse piles up and can become immovable in spots until a seasonal rush of rainwater frees it. Trash heaps are discouraging, health hazards and wreak havoc on the environment. Beverage bottles, plastic packaging and bags dominate. Discards of daily life—bagged trash, tires, shoes—land in the gullies, as do clothes and refrigerators. Two waterways are tainted by riverside industries: Barnes has a chicken processing plant upstream and Kingston Pen is polluted by black oil and chemical run-off.

We initially estimated that the deployment of one Interceptor™ Original would be suitable. However, following on-site assessments, the team determined the overall volume of debris emitted into the harbor and from points along the coastline would require another remedy. We are now testing the design and placement of Interceptor Barriers at the mouths of gullies. The Interceptor Barrier consists of a rubber screen which hangs vertically, both above and below the water surface, and is connected to a series of floats; each float has ballast weight to keep it upright. Ends of the barrier arm are secured to land, with various points along the arm connected to the seabed via anchors. Once in place, it forms a U-shape with flex to permit motion from tidal and weather influences. The barrier keeps debris confined until operators can remove it.

Rae Town was addressed first, followed by Kingston Pen which is adjacent to Port Authority. Kingston Pen is the smallest at eight meters wide. During rainfall, rubbish flows down this gully and instantly backwashes onto the beach. Barnes is the largest of the three, having a 30-meter-wide opening. Much flows through when it rains, including raw sewage from broken pipes that have not been repaired for more than 10 years. As a result, a sickening stench prevails. These venues are located within three miles of the offload site.

To service the sites, we are trialing a new mobile extraction device. Our current pilot Interceptor™ Tender is a small barge with a conveyor belt that can scoop up in-water trash. The Interceptor Tender cycles between sites to collect debris, then transports it to a newly built offload site. Once there, the tender discharges debris into an onshore bin. Recyclables are picked up by Recycling Partners of Jamaica, and non-recyclable waste is transferred to a landfill. An advantage of having a mobile extraction unit is its ability to serve multiple deployments. Going forward, our plan is for adjacent sites to share an Interceptor Tender, thereby spreading costs.

Much knowledge was gained during these first installations. For containment zones, we initially placed some sections of the Interceptor Barrier in too shallow a water. From constant and often strong winds in the region, minor damage was sustained by some of the floats due to unanticipated contact with the seabed. We are working to remedy this by adjusting the configuration, then deploying in deeper water.

Wind also influences debris position and concentration within containment zones; we are seeing debris being blown closer, even up onto, the adjacent shore. When this happens, it impedes the ability to use the Interceptor Tender for scoop and removal. One interim solution is to manually collect, then place trash bags onto the Interceptor Tender for transport. Breeze in the region also affects tender maneuverability, at times rendering it difficult to operate. Local knowledge is helping us deal with that challenge—the on-site team schedules collections and runs when winds are calmer early in the day.

We continue to gain insight while our local partners manage operations. What they share is aiding our current design and development of a larger extraction vessel pegged for use when expanding to additional cleanup locations.

With only a few months in position, buzz is picking up as more Jamaicans view and understand the foreign objects popping up along their coastline. Positive signs are happening; much of this is due to the efforts of partner GraceKennedy (GK) Foundation, one of the Caribbean’s largest corporate foundations and a major partner for us. Aside from making introductions to key government and civic entities, which eased our permitting and licensing process, their team meets with communities near the gullies to sensitize residents about cleanup efforts.

At water’s edge and inland, GK Foundation staff and volunteers conduct education and outreach with a mission to eliminate the practice of using gullies as dumpsites. Clearing and maintaining gullies is under jurisdiction of local municipalities, so the Foundation focuses on manual cleanups at beaches near the gullies. Recently, the Interceptor Tender was used to transport haul gathered by 80 volunteers. Efforts of The Ocean Cleanup are one aspect of an overall strategic plan to restore the historic Kingston Harbour. The work is generating local interest and excitement from both public and private sector entities. It is the hope of the GK Foundation that by the end of Phase II, the project can be replicated in other parts of the island, as well as the Caribbean.

Our Rivers Team is currently back in the Netherlands where we continue to monitor via a combination of digital sensors placed at Jamaica sites, plus insight from local partners. It’s a learning process: we watch, measure, assess data, and adjust technology and operations as needed. During hurricane season we will scrutinize each barrier’s ability to halt and contain flows of trash after major rainfall events—monitoring how up-river debris impacts down-river intervention. What we learn in coming months will better prepare us for Phase II, providing additional insight on what to expect for year-round conditions. Experience gained during this stage will also help us make faster and smoother deployments.