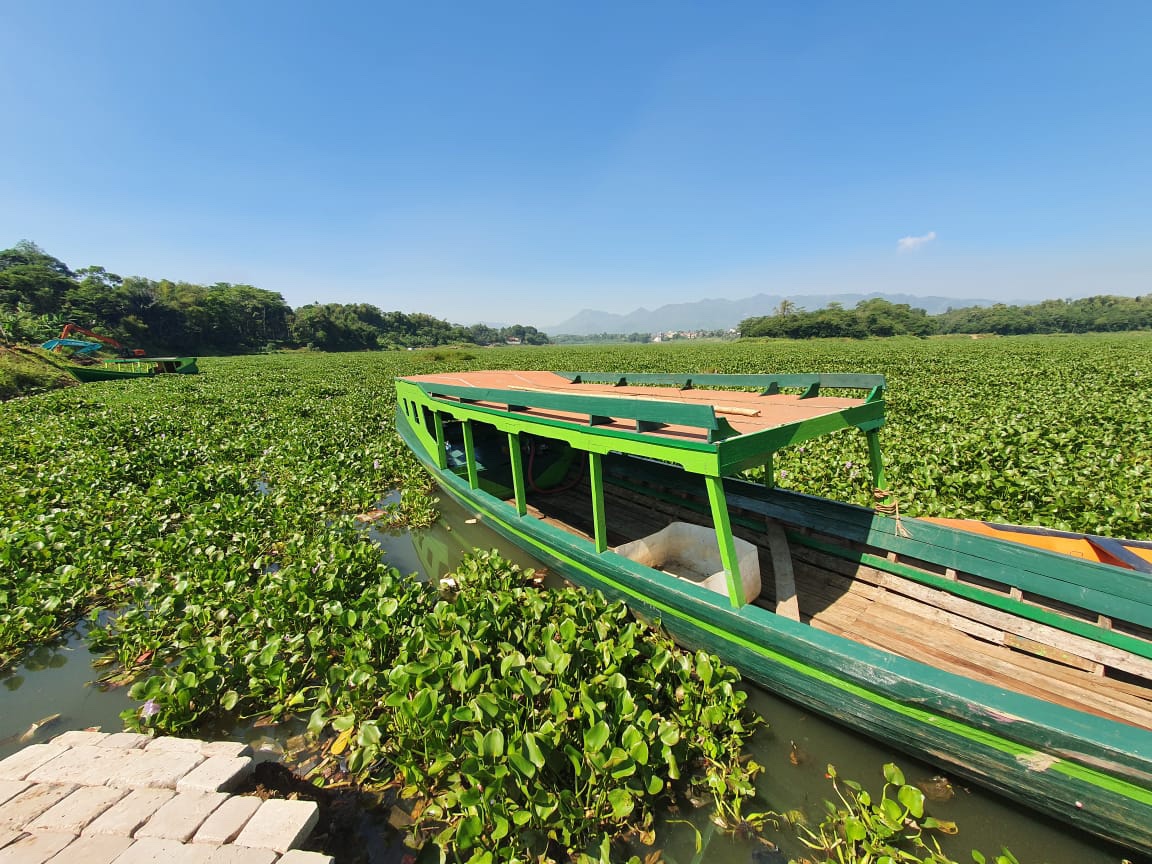 Water Hyacinth covering the surface of the Citarum River 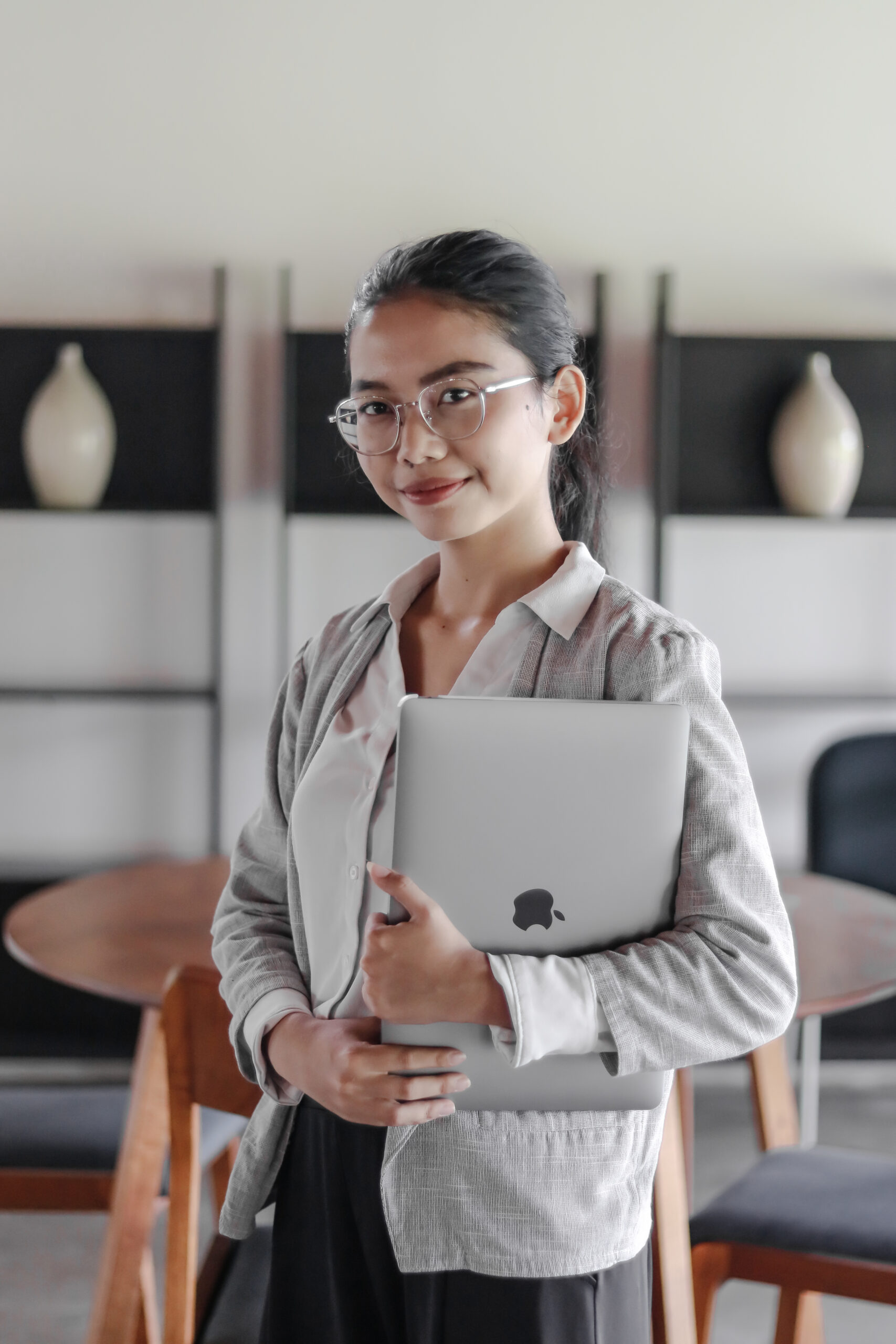 Citarum River, once a pristine source of life for over 15 million people of West Java living around its waterways, is now infamously known as the “most polluted river in the world”. Due to increase in both industrial and domestic activities added with irresponsible (and in some cases, zero) waste and wastewater management, the river now hosts plastics, trash, and toxic chemicals instead of healthy aquatic life, forcing fishermen to become garbage men. No less than 20,000 tons of waste and 340,000 tons of wastewater are disposed of daily directly into the river and since 2008, nearly 60 percent of its fish species have disappeared.

Amongst the many problems dumped into its waters, one persistent species presents itself on the surface of the Citarum River time and time again: the water hyacinth. One of the world’s most invasive aquatic plants, water hyacinths have significant negative impacts on ecosystem services and, in extension, the surrounding social communities whose lives and livelihoods are dependent on them. Water hyacinth infestation blocks sunlight from reaching aquatic organisms and deplete oxygen level in water systems, which results in damaging water quality and seriously affecting various life forms in the ecosystem.

The effects of climate change are taking form in the unpredictable dry season, and the blue sights of many sections of the Citarum River are now replaced by a sea of green. As the water surface falls, water hyacinth rises in numbers. The water hyacinth bloom comes as quickly as it goes, and when it does infest Citarum waters, you almost think you can step right onto it and touch land. Nevertheless, just as you should not judge a book by its cover, do not judge a river by its surface. Not only would you find yourself immersed in a forest of aquatic plants, but also in plastic waste.

Water hyacinth has an extensive root system and provides a huge surface area for microorganisms to attach to, which is beneficial in increasing the potential for organic matter decomposition. However, this also makes their roots susceptible to become “involuntary hosts” to a plethora of plastics and microplastics polluting the river. These wastes and other debris drift along with the current and would either sink into the sediment of the river or be trapped in the inescapable strings of these roots.

The expansion rate of water hyacinth each season is too severe and beyond the control of local stakeholders. Physical, chemical, and biological methods are widely applied throughout the world to eradicate or control water hyacinth. Chemical method uses herbicides and pesticides to be applied on the infested areas, while biological methods involve applying arthropods and pathogens (e.g. bacteria, fungus and viruses that feed on the leaves of water hyacinth). However, these methods are not advised as they in turn accumulate and contaminate the water ecosystem. The physical method is employed by directly harvesting, cutting, and removing the plant using machines or manual removal by hands and tools.

For the communities of Cihampelas Village, located in one little corner of the vast 270 kilometer-long Citarum River, the physical method is the most cost-effective and feasible way to eradicate water hyacinth. Members of these communities are the self-designated “river guardians” of the Citarum River that organize environmental conservation efforts under the locally founded Bening Saguling Foundation. Eradication of water hyacinth is essential in keeping Citarum waterways clean and safe.

Bening Saguling Foundation, which was founded in 2014, has a journey that sees the ever-changing nature of the Citarum River and empowers local communities, especially those who work as scavengers and those living in low economic conditions. Its base in the Cihampelas Village, West Bandung, stands strong just 300 meters from the river bank, with airy buildings and open-spaced huts–made from bamboo and recycled water hyacinth. These dwellings house various activities for the surrounding communities such as collecting and processing river and domestic waste, crafting water hyacinth and other natural materials, raising public awareness and education on environmental conservation, and hosting a nature school for children.

Indra Darmawan is the hero of this story, a Mathematics graduate with a Masters in Public Education who dedicated his life for environmental and social servitude. He established the Bening Saguling Foundation to what it is today and created solutions for environmental pollution while providing jobs for his community. Indra and his ‘troops’ collect and transport river waste using small boats. Dozens of tons of plastic type waste collected daily are then sorted and supplied or sold to collectors. Collected water hyacinths are dried, cleaned, and then crafted into carpets, bags, tapestries, decorations, and many more.

Greeneration Foundation, in partnership with Waste4Change and RiverRecycle, has continued to realize our plans of establishing a river waste collection technology along with the necessary capacity building needed. Following our baseline survey which includes both social and technical studies, we are currently working to deploy our plastic capture device in Citarum River, build the waste treatment facility that supports it, as well as educate the public and local communities on the dangers of plastic waste and proper waste management.

For the Citarum Repair project, we are proud and honored to have Mr. Indra Darmawan himself as our local partner. Through collaboration with Bening Saguling Foundation, we hope that they may not only work with us but also guide us with their years of insights in waste management and protecting Citarum River.

We are excited to be starting our technical operations this year, and to learn the many lessons these local heroes have experienced in combating river pollution and plastic waste. By the end of this project, we hope to have built and equipped an adequate waste facility that will not only reduce solid waste pollution in Citarum River but also empower its local communities.